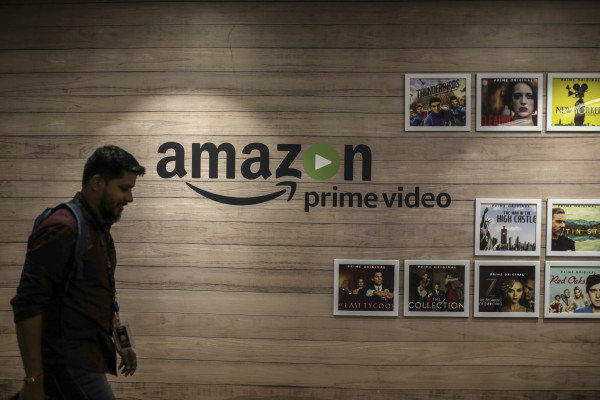 Amazon has secured rights to premiere seven Indian movies that were initially scheduled for a theatrical release directly on its Prime Video on-demand streaming service in a move that has prompted two major movie theater chains to express “extreme displeasure” and “disappointment.”

The e-commerce giant, which is reportedly in talks to buy AMC theater chain, said on Friday that it will release these movies, which include “Gulabo Sitabo” starring Indian legend Amitabh Bachchan and Ayushmann Khurrana, and “Shakuntala Devi” featuring Vidya Balan as lead, over the next three months starting with May.

The move comes as India maintains a nationwide lockdown that has left more than 9,500 theaters and other public places shut.
PVR and INOX, two large theater chains in India that together run about 1,500 screens in the country, said they were alarmed and concerned by the move.

“Such acts, though isolated, vitiate the atmosphere of mutual partnership and paint these content producers as fair-weather friends rather than all-weather life-long partners. Needless to say, INOX will be constrained to examine its options, and reserves all rights, including taking retributive measures, in dealing with such fair-weather friends,” said INOX in a statement.
Producers Guild of India, an industry body that represents films, and TV shows producers, criticized PVR and INOX’s stance.

Amazon, which began selling movie tickets in India last year, has been attempting to challenge, in INOX’s words, “age old, windowing-pattern.” In the last one and a half year, the shopping giant has struck deals with movie studios to narrow the window for a movie’s theatrical release to its debut on a streaming service to a few weeks, down from two to three months in India.
INOX and PVR are not alone. Last month, AMC Theaters said it will no longer screen films made by Universal Pictures, which released “Trolls World Tour” directly to streaming.
Amazon, which bundles Prime Video in its $13-a-year Prime subscription plan in India, said it is providing these movies a platform that reaches 4,000 towns and cities in more than 200 countries and territories. The company has not disclosed how many Prime Video subscribers it has amassed in India, or elsewhere. Amazon Prime Video competes with Disney’s Hotstar, Netflix, and more than three dozen other services in India.
Gaurav Gandhi, Director and Country General Manager of Amazon Prime Video India, said in a statement that “Indian audiences have been eagerly awaiting the release of these 7 highly anticipated films and we are delighted that Amazon Prime Video will now be premiering these movies for our customers – who can enjoy watching these from the safety and comfort of their homes and on a screen of their choice.”
It appears that Amazon hasn’t had to spend a ton to acquire rights for these titles. In an interview with Huffington Post India, Ronnie Lahiri, co-producer of “Gulabo Sitabo” said “it wasn’t like we got insane money from Amazon” though he called the deal a “win-win.”
“We’re facing a once-in-a-lifetime phenomena, not seen since World War 2. These are the times when things change. Initially, people have apprehensions but one has to adapt. That’s how human civilisations have prospered. The minute we stop adapting, we’re done. Instead of waiting for the situation to get better, you tackle it with other alternatives,” he said.