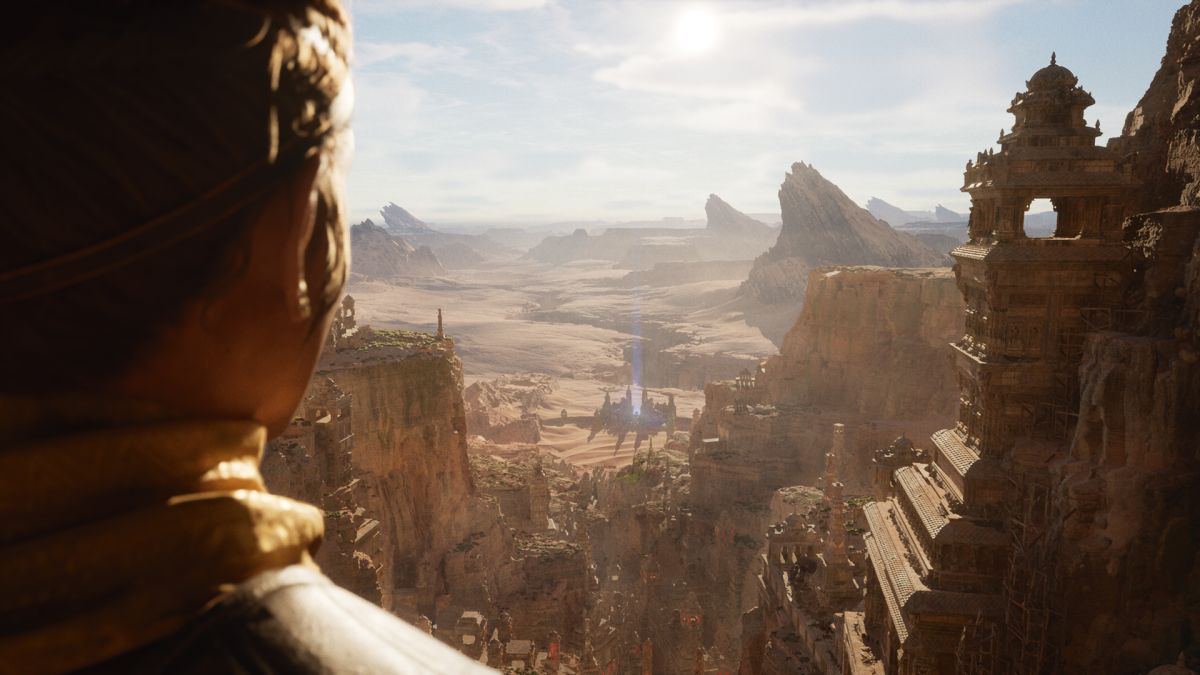 The unexpected reveal of the Unreal Engine 5 on Wednesday triggered reactions from just about everyone, from us regular gamers to the devs who actually work with the hardware. So while we’re busy, jaws agape, trying to sophisticate the expression “holy crap,” industry experts are… well, actually, they’re pretty much doing the same thing.First up is God of War director and creative director at Sony Santa Monica Cory Barlog, who expressed his amazement by writing out a familiar gif. It’s a simple expression, but aptly sums up the reaction by many of us watching Epic’s stunning PS5 tech demo.KeanuReevesWhoa.gif ❤️ https://t.co/DVTfIMiEE0May 13, 2020Then there’s game designer at Naughty Dog Asher Einhorn, who called the demo footage “mindblowing.” Einhorn followed up with a muddled expression of astonishment. And he didn’t stop there, later reminding his followers to check out a video of the PS5 Unreal Engine 5 tech demo and calling it “pretty good.” It’s safe to say someone at Naughty Dog is excited to get their hands on the shiny new engine.I am… my mind… is…. what…. what is….. I can’t….. how…. how is…..May 13, 2020Hey have you…. have you watched that… that Unreal 5 demo? It’s… It’s pretty good.May 14, 2020Head of PlayStation Worldwide Studios Hermen Hulst joined the chorus of awe-stricken reactions to Wednesday’s big reveal with this concise expression:Looks amazing https://t.co/Lw81i5kscMMay 13, 2020NetherRealm Studios creative director Ed Boon and Mortal Kombat co-creator Ed Boon has also written about the Unreal Engine 5 reveal, but not in the same way others have. Instead of expressing excitement for the new tech, Boon took the moment to joke about his game industry veteran status.You youngsters….. I remember when UNREAL was a GAME, not a game ENGINE.May 13, 2020We’ve also seen reactions from industry leaders who aren’t developers in the strictest sense, but are no less influential voices in the field. Xbox boss Phil Spencer, for example, took to Twitter to express his eagerness to take advantage of Unreal Engine 5 “innovations” for the Xbox Series X games.Incredible work by the team at Epic @UnrealEngine, many of our XGS studios are using Unreal, like the team at Ninja Theory creating Hellblade II, and are excited to bring these UE5 innovations to life on Xbox Series X. https://t.co/HGNTY1eTgqMay 13, 2020The Game Awards host and producer Geoff Keighley played mediator and reminded both Xbox and PlayStation fans what Unreal Engine 5 will mean for games on both consoles.One thing to keep in mind: No matter which console or platform you own, an engine like Unreal 5 is going to push the medium forward. Look at that demo and just imagine the future of games no matter the genre, franchise or platform. It’s going to be a hot summer!! ☀️May 13, 2020Here’s why Ben Tyrer reckons the PS5 and Xbox Series X will need to show off first-party games to meet players’ expectations in the lead-up to next-gen.

Hi there mates, how is everything, and what you want to say about this article, in my view its genuinely remarkable for me.|

Thank you Cherie for your beautifull view .
visit us again.

Hello my family member! I want to say that this article is awesome, great written and come with almost all vital infos. I would like to see extra posts like this .|

Every weekend i used to pay a quick visit this web page, because i want enjoyment, for the reason that this this website conations actually good funny stuff too.|

I was very happy to discover this web site. I need to to thank
you for ones time for this particularly wonderful read!!
I definitely appreciated every little bit of it and i also have you book-marked to look at new things on your blog.