Kyle Busch on doing 7 NASCAR races in 11 days: I’m ‘getting thrown to the wolves’ 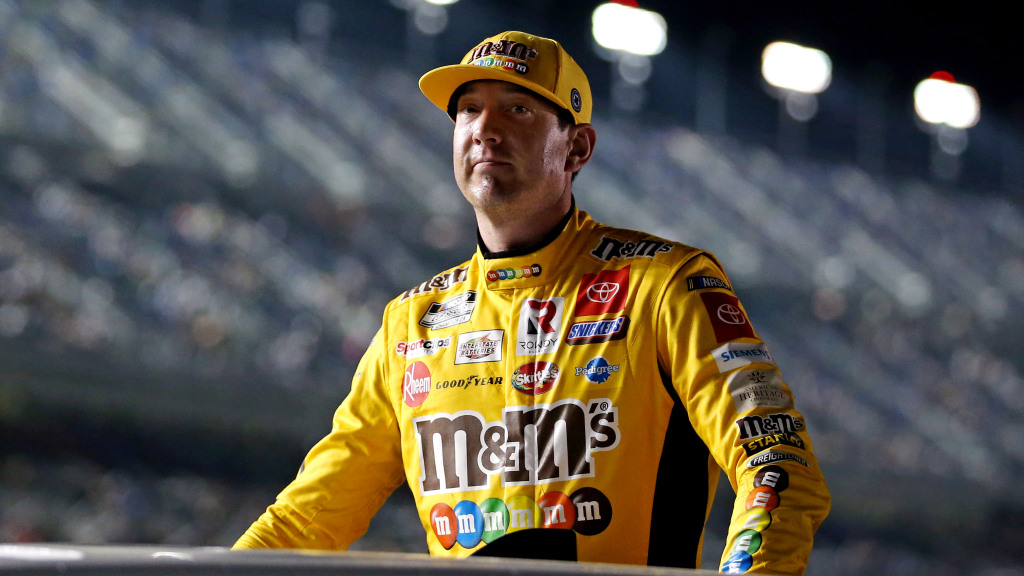 NASCAR returns to the track

When NASCAR returns to the track after its 10-week hiatus because of the global coronavirus pandemic, it plans to have seven races in 11 days across the three national series, starting Sunday at Darlington Raceway.
And Kyle Busch — who’s so practically unbeatable in the lower series that there’s a $100,000 bounty out on him still — is going to compete in all of them.
The 2019 NASCAR Cup Series champion will run as many lower-level races as he’s allowed to each season — not every NASCAR fans loves that — and he’s actually the winningest driver in each with 96 XFINITY wins an

d 57 Truck wins. He’s even on a seven-race win streak in the Truck Series, dating back to the 2018 season.
Because of Busch’s experience in the Cup Series, NASCAR limits him to five races a year in each of the lower series, and he planned to do the max. But several of the events he planned to enter were originally scheduled for the spring and have since been impacted by the COVID-19 crisis and NASCAR’s subsequent schedule redesign.

So Thursday while doing an interview on SiriusXM’s Mad Dog Sports Radio, Busch confirmed he plans to compete in NASCAR’s next seven races, all of which make up the first installment of the sport’s return.
“I’m running all of those. Every one of them that’s scheduled, I’m in. It’s going to be getting thrown to the wolves — that’s for sure.”

NASCAR’s first race back after the coronavirus-related break is Sundays’ Real Heroes 400 at Darlington. Here’s what Busch’s race schedule throughout the next two weeks looks like:
Sunday, May 17: Darlington, Cup Series (3:30 p.m. ET, FOX)
Tuesday, May 19: Darlington, XFINITY Series (8 p.m. ET, FS1)
Wednesday, May 20: Darlington, Cup Series (7 p.m. ET, FS1)
Sunday, May 24: Charlotte Motor Speedway, Cup Series, Coca-Cola 600 (6 p.m. ET, FOX)
Monday, May 25: Charlotte, XFINITY Series (7:30 p.m. ET, FS1)
Tuesday, May 26: Charlotte, Truck Series (8 p.m. ET, FS1)
Wednesday, May 27: Charlotte, Cup Series (8 p.m. ET, FS1)
In addition to the first four Cup races of the 2020 season before the coronavirus outbreak, Busch competed in one Truck race at Las Vegas Motor Speedway, which he won, and one XFINITY at Phoenix Raceway, in which he finished third.
So after this lineup of races, he’ll be eligible for just two more XFINITY races and three Truck races.
In Busch’s seven races in 11 days, four are consecutive, which is not that different from regular weekends when he could, at most, compete in three series in three days. But he explained why he might actually be catching a break here, despite not racing since early March and no practice or qualifying this weekend.
On Sirius XM radio, he continued:
“When we go to these race tracks and we have practice and qualifying, we have practice and qualifying for every single one of those divisions. So with this, all you do is show up, you get in the vehicle and you run the race.
“So I feel as though it sounds really labor intensive and heavy, and man, that’s a lot. But in my mind, I’m kind of like, ‘Man, I don’t know if it’s really going to be that bad.’ But I’ll let you know when it’s all said and done.”
In his interview, Busch also detailed some of the COVID-19 safety measures that will be in place at the track, like social distancing protocols and health screenings for those entering and exiting the track. Although he mentioned antibody tests will be administered, NASCAR said that is not the case.
Previously, his four remaining XFINITY races were scheduled to be at Charlotte (rescheduled), Chicagoland Speedway (canceled), New Hampshire Motor Speedway and Watkins Glen International.
His Truck races were supposed to be at Atlanta Motor Speedway, Homestead-Miami Speedway, Texas Motor Speedway and Kansas Speedway, but only events at the first two tracks have been rescheduled at this point.
NASCAR announced Thursday the second installment of its revised schedule because of the COVID-19 pandemic with 12 races across its three national series now planned between May 30 and June 21.