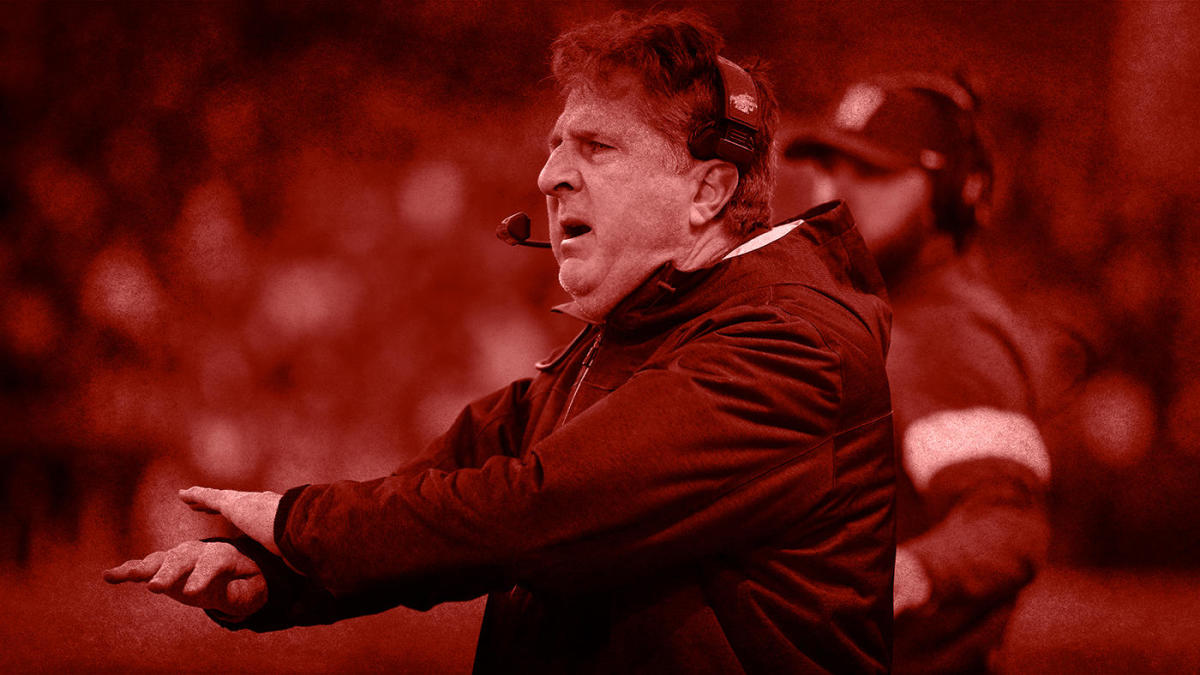 Mike Leach most compelling chapter of his career begins

Where do you want to start with this latest version of Mike Leach? Before answering, consider there’s no easy way to summarize this man, who has spent a career shredding tradition as savagely as opposing defenses.  So, disclaimer out of the way, where does one start with Leach on his latest chapter of his career?

Best to let him guide us “There’s no tourists down here,” Leach said recently from his Key West, Florida, home. “They closed all the hotels. It’s almost a ‘Twilight Zone’ deal. You go down the street, you can haul ass on your bike.”Leach, 59, made Key West his home a few years ago. It made sense. A pirate near the ocean.

Framed with the threat of the coronavirus, Leach is as frustrated with sheltering as the rest of us. “I think they made a mistake closing the beaches,” he said. “Breeze and saltwater.

I don’t think that disease likes breeze and saltwater.”That’s was a hint of what was to come in our conversation. The man is known for veering off topic the way a slalom skier loses balance and suddenly finds themselves in a forest.

It’s an even better experience when you spend eight hours with the guy touring Key West on foot. I did just that with Leach in 2012. You don’t have to like him.

Mike Leach’s impulses and views won’t suit everyone. (This interview was conducted before the infamous “noose” tweet.)But you do have to pay attention. Boil it down and this just might be the most compelling chapter of The Pirate’s career. It’s almost like those highly successful stops at Texas Tech and Washington State were preludes.
CBS Sports graphic

Now, it’s big-boy time in the SEC where the Leach isn’t likely to lure a quarterback by promising he’ll lead the country in passing. (That actually happened at Washington State in 2018 with Gardner Minshew. Leach made the promise, and Minshew led the nation averaging 368 yards per game.)

This is a test, one Leach brought upon himself. A test to coach among the best in college football. A test against Lane Kiffin. Oh yeah, there’s that. That all-Mississippi matchup quickly became one of the offseason’s best storylines.”Lane’s a good guy,” Leach said. “We text back and forth.

What’s fun about Lane is, everything they say about him is true, but he’s still a pretty good entertaining guy.” This “Battle for Magnolia State” is going to be good. Despite its size, Starkville, Mississippi, has its own special media scrutiny whether it be local beat writers or a national audience every afternoon on “The Paul Finebaum Show.” In the SEC, everyone cares what everyone does. “I love Pullman,” Mike Leach said. “This is kind of a new challenge. … I was always on the plane chasing athletes all over the place at Washington State. Here at Mississippi State, you drive around [to recruit].”

Mik Leach may need to develop a tight end. There are plenty on the roster, this being the Strength Everywhere Conference. Also, it might be wise for him to load up on defensive linemen. Fortunately, Mississippi State has spat them out like an assembly line. “If you think about the Pac-12, any given team might have two defensive linemen better than any SEC team has,” Leach said. “But you know what? They don’t have six [better].

We’re in a situation now [where] I have six or maybe seven better than that.”If you can win in Lubbock, Texas, and Pullman, Washington — the thinking goes — you can certainly win in Starkville.But the point — if Leach ever lets us get there — is that this venture is the biggest challenge of his career.

Mike Leach and Wazzu back into the top 10

It’s one thing averaging 8.5 wins a year at Texas Tech. It’s another getting Wazzu back into the top 10. It’s a whole ‘nother challenge coaching against Nick Saban, Ed Orgeron and Jimbo Fisher in your own division.As Mike Leach likes to remind, he’s been there before. In fact, he made a name for himself early on as offensive coordinator at Hal Mumme’s Kentucky in 1997-98.Upon his return,Mike Leach found what might be the most competitive SEC ever.

The SEC West coaches alone have combined for seven of the last 11 national championships. That’s not counting Leach and his 15 bowl games or Kiffin, who has two more rings from USC.”The SEC is a different kind of animal,” Mike Leach said.”Conferences change all the time. I’ll tell you what, it’s a lot like the Big 12 South.

The first time I was in the SEC when I was at Kentucky, nobody thought there would ever be a tougher division than the SEC East — Danny Wuerffel at Florida, Peyton Manning at Tennessee, Tim Couch at Kentucky, Quincy Carter at Georgia.

“Back then, to be honest with you, you wished you played in the Big 12 South than the SEC West.”We pause here to allow every talk show in the South to produce a segment around that last sentence. That’s also where we decide to let Mike Leach riff on any subject he wants because, well, what’s the point of fighting him?On graduate transfer quarterback K.J. Costello: “He was going to waltz into town about a week after [the coronavirus] hit,” Leach said. ”

K.J. is probably [now] throwing to some real studs out there [in California].”Leach does nothing unless he has a quarterback. Costello was recruited out of Southern California (Santa Margarita Catholic) by Leach at Washington State. Costello was limited to only five games last season due to injuries. He departed Stanford as the No. 9 passer in program history.

On the state football history of Mississippi: “I remain astonished how my home state, so small and poor, continues to produce so many great athletes especially football,” said Leach quoting Willie Morris, the legendary author who chronicled his native state for decades before his death in 1999. After all, Mike Leach is a historian.

Read his book on the leadership strategies of Geronimo. Morris has helped Leach understand recruiting in the state. Mississippi is seventh in NFL players per capita.”You can fill a lot of your roster in the state of Mississippi,” Leach said. “You consider a 400-mile radius from Starkville. That includes the key parts of Tennessee, which is Memphis and Nashville, the state of Louisiana, a sliver of east Texas, the panhandle of Florida.

You get the state of Alabama, a third of Georgia, all of Atlanta. Spot recruit in South Florida because South Florida guys will go anywhere.”Lots of talent. Lots of pressure. Joe Moorhead got run out after only two years at Mississippi State, in part because Ole Miss fired the first shot with Kiffin.

On Lane Kiffin and … Los Angeles high school players: We will end this latest look-in on Mike Leach with one of his signature riffs.”Lane’s very hilarious to listen to,” Leach said. “His view on nearly every subject is different than mine. That’s OK. It’s fun to goof on Lane. He’s a fun guy to goof on because he’s a reactor.

“When he was at SC, he always had the upper hand. … He’s kind of a broader net [in recruiting]. It seemed to me he was into more of the national thing. In our case, we stayed closer to home.”I don’t like how people say L.A. kids aren’t tough. L.A. kids are tough. Just getting up and getting in your car every day to be where you need to be, that’s tough.

“That’s one of the most competitive places on Earth. Any direction you turn, no matter how good you are, in L.A. somebody down the street is better.”… L.A. kids always want to reason. That’s not bad. It can be cumbersome at times. You’ll draw it up, and say, ‘I want it like this.’

All a sudden a guy is loafing on a route not where he is supposed to be. He says, ‘Why do I need to be here? I won’t be open there.’  “I’ll say, ‘You’ll be open, but nobody else will be.

If you don’t finish your route, you won’t blow the top off the coverage, and you don’t pull the safety and you don’t pull the corner.”They always want to understand the ‘why.’ Somebody who has the ‘why’ will really lock in because they have an understanding of what you’re after.”You have been notified/warned/invited to the party, Bulldogs. Leach’s next coaching adventure can’t start soon enough.