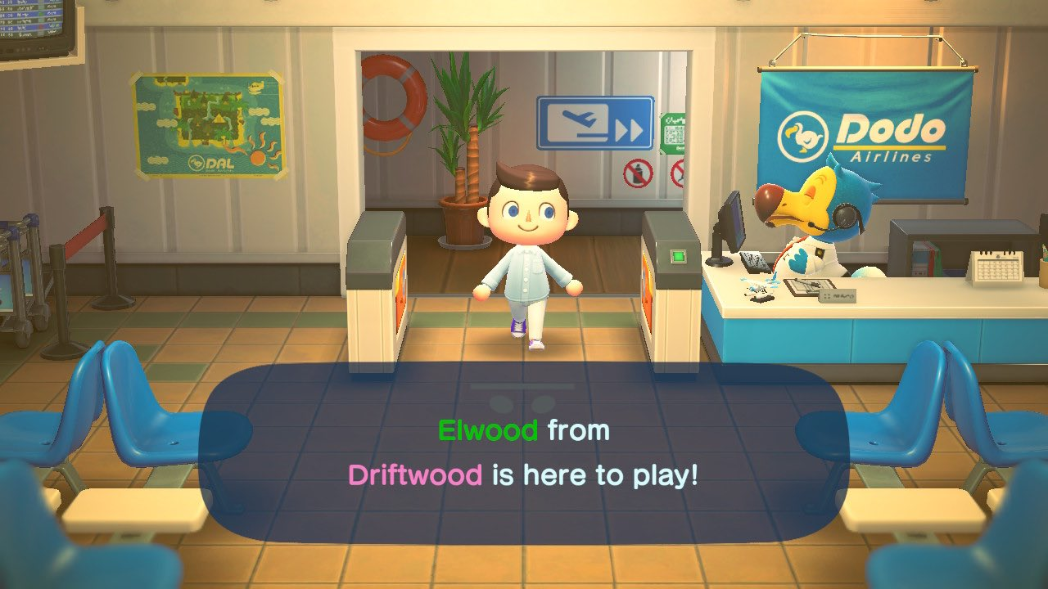 The turnip trade has become a hot commodity in Animal Crossing: New Horizons, with players able to make millions in bells thanks to the community working together and opening their islands when they get a spicy price.

Everyday people on Twitter are tweeting how much their stores are offering for turnips and opening their gates for anyone to come in and make some money, apparently including celebrities.

Once the call goes out online that an island is open with a high selling price on turnips people start to flock to these islands, lining up in front of the store in single file.

One user, Jessa, posted on Twitter that her turnip prices were selling for 599 bells each, only to have Elijah Wood slide into her DMs.

Apparently, the Lord of the Rings star DMed her if he could have her Dodo Code in order to visit her island and sell his turnips. Once it was sent Woods flew over and joined Jessa and her friends who had gathered for the once in a lifetime event.

Woods was reportedly very kind, asking for permission to gather fruit, complimenting his host on their island decorating skills, and even posing for some photos with his fans. The Hollywood star was the ultimate island visitor, a role model for how people should act when visiting other islands.

Before leaving, Woods made sure to shout out Star Wars: The Last Jedi director Rian Johnson.Animal Crossing: New Horizons is currently available on Nintendo Switch. For more on how you too can lure a celebrity to your island and make millions on the turnip market, head over to our turnip guide.

A person necessarily help to make severely posts I’d state. That is the very first time I frequented your web page and so far? I amazed with the research you made to make this actual publish incredible. Wonderful process!|

Having read this I thought it was rather enlightening.
I appreciate you finding the time and effort to put this short article together.
I once again find myself personally spending way too much time
both reading and leaving comments. But so what, it was still worth it!

Today, I went to the beachfront with my kids.
I found a sea shell and gave it to my 4 year old daughter and said “You can hear the ocean if you put this to your ear.” She placed the shell
to her ear and screamed. There was a hermit crab inside
and it pinched her ear. She never wants to go back!
LoL I know this is entirely off topic but I had to tell someone!

It’s remarkable to visit this site and reading the views of
all mates concerning this post, while I am also keen of
getting experience.

WOW just what I was looking for. Came here by searching for meta_keyword