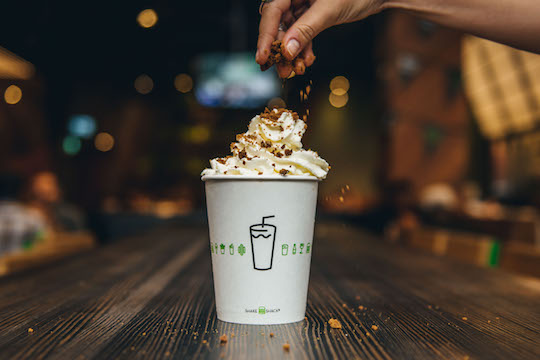 There is a debate brewing over some of the milkshakes at FiDi in Shake Shack. A police union says three police officers were rushed to hospital after being exposed to dairy drinks at the site on Monday evening, which the union says contain traces of a toxic substance, probably laundered. However, NY police quickly cleared Shake Shack employees of any wrongdoing, and there is growing skepticism about union demands, even with Mayor Bill de Palacio on Tuesday morning.

“These union police leaders – not all – but not many – stand in the way of progress,” de Palacio said at a press conference. “[They] don’t want the truth, they just want to broadcast the group.”

Online commentators have responded to the allegations with skepticism, some comparing the event when a Kansas police officer mistakenly accused Barista McDonald’s of printing the phrase “silly pig” on the cup of coffee at the end of the ‘last year. (The officer later admitted to adding the words to the poster itself.) These doubts, raised by the public, come amid growing calls to drastically cut police funding in light of ongoing protests against police violence.

The controversy erupted Monday night when the NY Philanthropic Association of Latest York Workers said that three police officers had been admitted to Bellevue Hospital after being poisoned at Shake Shack. Police in ny soon opened an investigation and allegedly crushed garbage cans in the neighborhood in search of abandoned bleached containers. No such container was found and the police emptied Shake Shack soon after. The hamburger chain said it had “horrified” the news from the officers and said it had worked with the NY police as part of the investigation.

In other news
– A new cinema has arrived on the Greenpoint waterway. Starting at 9 p.m., Skyline Drive-in NYC will play a different classic film, with food trucks on site instead of the franchise platform. Bikes and hiking traffic also seem welcome.

– The Vietnamese restaurant East Village Hanoi House launched a breakfast menu on the weekends. Options include Banh mi breakfast and beef, chicken or vegetables. The menu is available for external orders and delivery on Saturdays and Sundays from 10:00 to 12:00.

– Greenpoint’s favorite beer company, Tørst, is now available for online delivery, according to the beverage manager. The Danish bar and restaurant offers canned bottles and drafts of the famous beers available for sale, as well as food, wine, cocktails and a pair of branded beer mugs.

– The French song Le Song is on the Chelsea market for a Franco-Vietnamese menu for dinner and delivery, according to co-owner Wanisa Tondreau. New additions include papaya salad, orange breaded chicken and smoked duck roll.

– The Spanish dining room, chef Jose Andres, has reopened at Hudson Yards, Mercado Little Spain, to pick up and drop off this week. The full list is available online, and the space operates daily from 11 a.m. to 8:30 p.m.

– A former chef in Brooklyn, Hunky Dory and Tørst, is developing hand-drawn banners for businesses in Black City.