The best web browsers for Android in 2020 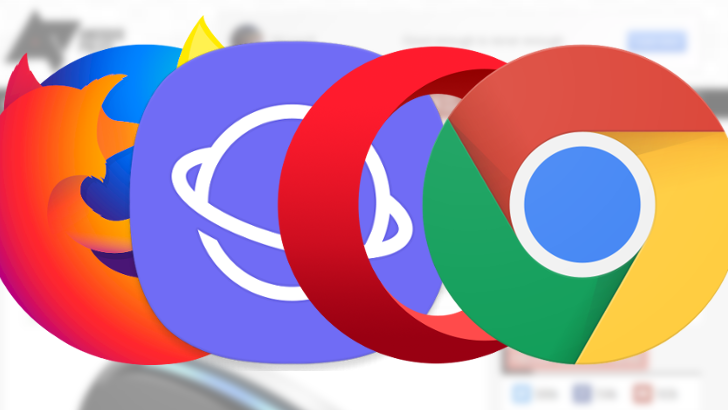 Your Android smartphone probably comes with one of two browsers as the default: Samsung Internet, or Google Chrome. If you’ve ever found yourself wondering what life is like back in the world of Firefox or lesser-known alternatives like Kiwi in 2020, though, you’re not alone.

And there are actually substantial differences between the various browsers you can get on Android. Unlike Apple, which requires all third-party browsers to use the Safari rendering engine (and doesn’t allow other browsers to be the system default), Google allows any web browser with any engine to be published to the Play Store ⁠— giving Android phones and tablets more options for browsing the web than any iOS device.

In the post, we’ll go over some of the best web browsers available for Android. You’ve undoubtedly heard of some of them, but we’ll compare them directly to see what you might be missing.

Most of the web browsers available for Android are based on Chromium, the open-source version of Google Chrome. That means they all load web pages the same way, they’re pretty much equal in performance, they have the same quirks, and so on. Firefox is the main exception to this rule — it’s one of the few browsers on Android with a completely custom rendering engine. In this case, the same ‘Gecko’ engine that desktop Firefox uses.

Firefox for Android has traditionally lagged behind Chrome on Android in terms of performance and responsiveness, but over the past year or so, many of the ‘Quantum’ speed improvements from the desktop browser have come to the Android version. These days, Firefox is more or less on-par with Chrome on Android, depending on the page.

The main advantage to using Firefox on Android, besides helping reduce Chrome’s near-monopoly on the browser market, is the massive collection of extensions.

Firefox for Android works with nearly all extensions created for the desktop browser, including uBlock Origin, Ghostery, HTTPS Everywhere, NoScript, Privacy Badger, and many more. It even is compatible with our own Toolbox for Google Play Store add-on.

Other features include syncing with Firefox Accounts, a reader mode, and an optional tracking scripts blocker.

The above-mentioned Firefox browser has been in a feature freeze for several months while Mozilla works on a replacement, which you can try out right now in Firefox Preview.

Preview is completely re-written from the ground up, with several key advantages over the existing Android browser: a customizable interface, dark mode support, improved performance (thanks to its newer GeckoView engine), and an updated tab management system.

However, there are still some missing features, hence the ‘Preview’ name. There’s no support for extensions, outside of the handful currently available from Mozilla’s partnered developers, but Mozilla is working on that.

Password sync also isn’t fully implemented, so you’ll want to install the Firefox Lockwise password manager (or the older browser) if you need to access logins from your Firefox accounts.

A list of the best web browsers for Android wouldn’t be complete without Google Chrome. It’s the default browser already on most phones and tablets, but Google hasn’t quite rested on its laurels. Chrome updates roll out every six weeks, with each update usually having several new features (even if most of them are for website makers).

Chrome is the dominant web browser on both desktop and mobile platforms, so there’s not much to talk about — most of you are probably using it right now, and you probably know what it can (and can not) do. Because most of Chrome is open-source, and most other browsers on Android use that open-source base, the vast majority of Chrome’s features end up duplicated in other apps.

However, the Android version of Chrome does have a few nice features that you might not have heard about. You can switch tabs by swiping left and right on the address bar, it can force websites to be dark when your phone is in dark mode, and much more. Check our Chrome tips & tricks roundup for more information.

The main version of Chrome for Android is probably already on your phone, but if you want to try out whatever features Google has cooking in the oven, we’ve also linked the Beta (slightly buggy) and Dev (buggy) versions below.

You may already know that DuckDuckGo is a web search engine focused on privacy, but did you know the company has a web browser too? The DuckDuckGo browser for Android is (very) light on features, but it still provides a nice experience.

This is probably the most basic browser out of this entire list, as there is no desktop sync support, no extensions, and no advanced features. However, tracking scripts are blocked by default, and the browser gives every site a privacy rating with a full list of every blocked tracker. Most browsers (except Chrome) have some sort of tracking protection at this point, but DuckDuckGo lays out the information in a very easy-to-understand way.
DuckDuckGo also has a one-tap button for clearing all tabs and local data, similar to Firefox Focus. Under the hood, DuckDuckGo uses Android’s built-in rendering engine, so it should perform just as well as Chrome.

Samsung Internet started out as the pre-installed web browser on Galaxy phones and tablets, but Samsung opened it up to all Android devices in 2017. It’s now one of the most popular browsers on the platform, and it’s jam-packed with features.

Samsung Internet is based on Chrome, but it has a completely custom interface that fits in with Samsung’s One UI design language. Some of the advantages it has over Chrome include tracking protection, a limited selection of add-ons, and a button layout that is easier to use on tall phones.

My favorite feature is the complete dark mode support — not only can the browser’s interface turn dark, but it can also modify the appearance of sites to make them dark too. This doesn’t always work as intended, but it’s still great to have for late-night reading. Google is working on a similar feature for Chrome, but it’s not ready yet.

Like Chrome and Firefox, Samsung Internet has both a stable version and a beta version. If you like being on the bleeding edge, give the beta release a shot.

Kiwi Browser was first released last year, as yet another Chrome-based browser for Android. However, last year the app added something that no other browser on Android has — support for desktop Chrome extensions. That’s right, nearly every extension that works on Chrome will work on Kiwi.

Firefox for Android supports Firefox extensions, most of which are functionally-similar to their Chrome equivalents, but Kiwi’s compatibility is still very impressive. Beyond that, all the usual features are present — ad blocking, tracking script blocking, a dark mode, and so on. There’s also a feature for blocking AMP pages, though the same is also possible with Firefox and this add-on, and the dark mode also makes pages dark (like Samsung Internet).