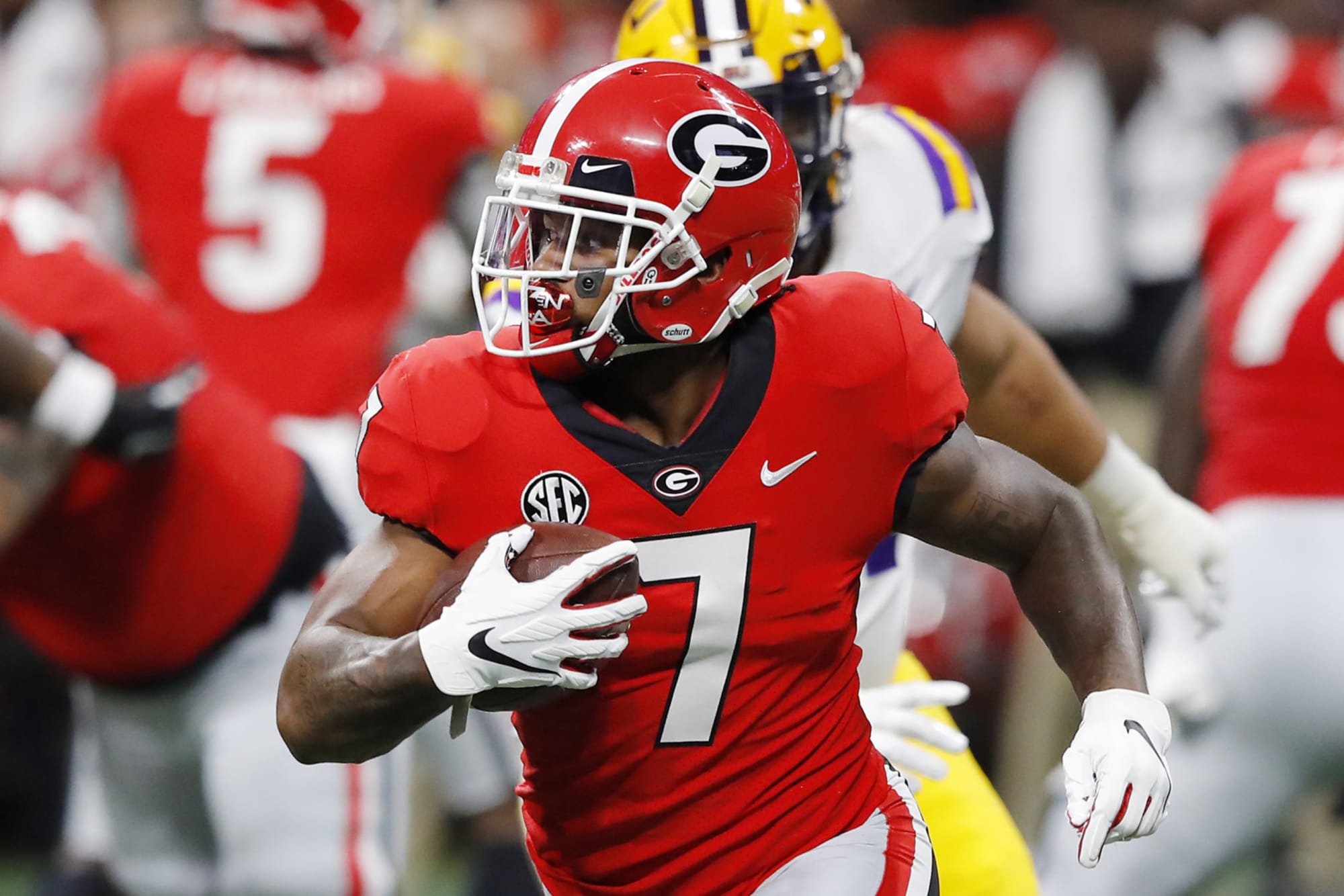 ATLANTA, GEORGIA – DECEMBER 07: D’Andre Swift #7 of the Georgia Bulldogs runs with the ball in the first half against the LSU Tigers during the SEC Championship game at Mercedes-Benz Stadium on December 07, 2019 in Atlanta, Georgia.

Many shareholders fall in the Miaimi Dolphins

The first night of the draft is in the books and today the Miami Dolphins will be drafting rounds two and three tonight.Let’s explore who the best players left on the board for the Miami Dolphins might be as many top draft prospects fell to day two.Regardless of your personal feelings about CB Noah Igbinoghene, the Dolphins had a great night on Thursday.

That said, rounds two and three are just as important if the Dolphins want to continue the rebuild they have undertaken.Team needs that still need addressing are running back, right tackle, center, wide receiver, pass rusher, defensive tackle, and free safety.

The good news is that the draft still holds a lot of talent at those positions.  Here are the top players the Dolphins should target on day two of the draft:Running BacksD’Andre Swift, GeorgiaJ.K. Dobbins, Ohio StateCam Akers, FSU Jonathan Taylor, Wisconsin four of these backs could be gone in the top half of round two but, more likely, one will slip to the Dolphins at 56 if they don’t have a preference.

Swift was widely considered the best most complete running back in the draft; possessing great vision, above-average speed, good route running, and is also above average in pass protection.  Does need to clean up ball security issues (7 fumbles in 513 touches).

Prediction:  Early round 2Dobbins is a ‘one cut runner’ who can slash a defense, and excel in the red zone, but is not a true ‘home-run threat’.  He had decent stats his first two seasons before bursting on to the scene in 2019.  Prediction:  Early round 2Akers is more of a projection than the other backs here because he played behind a below-average offensive line and has the least amount of carries of the backs on this list.

the Miami Dolphins should be concerned ؟

Dolphins should also be concerned because he has the highest fumble rate (1 per every 65.5 touches.)  Prediction:  Middle/late round 2Taylor may be the best runner in this draft.  He possesses both power and breakaway speed.  However, teams have to wonder how much he has left in the tank because he’s already carried the ball 926 times in his college career.  Also concerning are his 18 fumbles.  Prediction:  Middle to late round 2Use your ← → (arrows) to browse
Miami Dolphins Read More