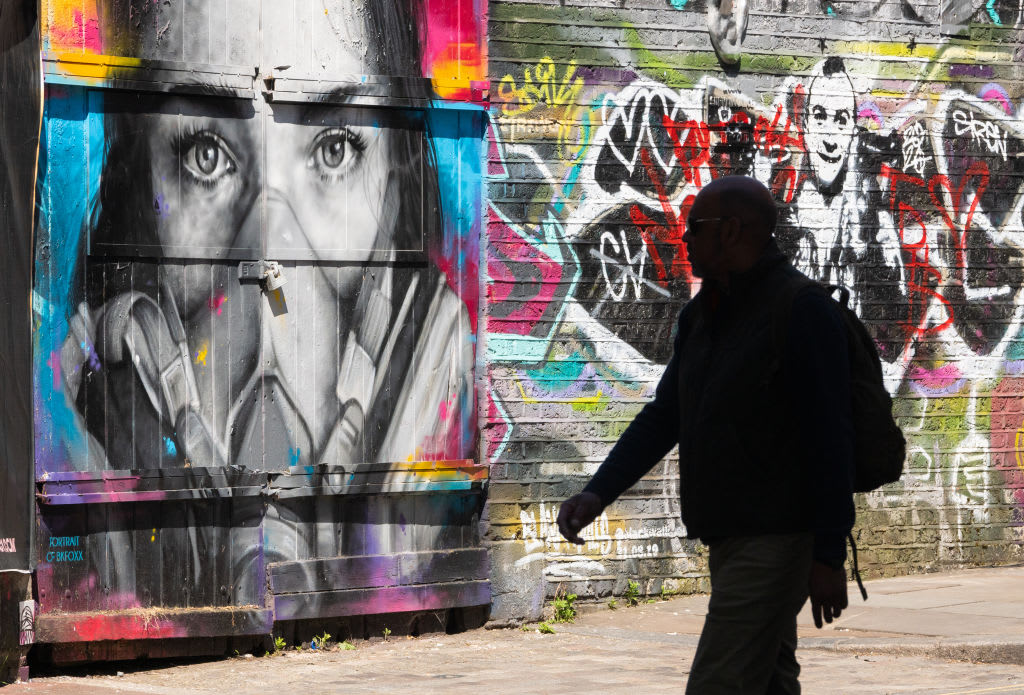 A woman in a protective face mask walks through Brixton Market in South London, as the UK continues in lockdown to help curb the spread of the coronavirus.Victoria Jones | PA Images via Getty ImagesThe number of people claiming unemployment benefits in the U.K. soared in April, as the coronavirus outbreak created mass job losses in the country, the latest data showed.U.K. jobless claims rose by 856,500 to 2.097 million, the Office for National Statistics (ONS) said on Tuesday, representing a monthly increase of 69.1%. A Reuters poll of economists had produced a median forecast for an increase of 676,500 in the claimant count.The ONS noted, however, that enhancements to “Universal Credit” (a social security payment designed to simplify the benefits system by rolling six benefits into one payment) as part of the UK . government’s response to Covid-19 meant that an increasing number of people became eligible for unemployment-related benefit support, although they were still employed.”Consequently changes in the claimant count will not be due wholly to changes in the number of people who are unemployed. We are not able to identify to what extent people who are employed or unemployed have affected the numbers,” the ONS said.The UK .’s unemployment rate came in slightly higher at 3.9% in the January-March period, although that time period covered only one week of the lockdown (imposed in the UK . from March 23). The rate was up 0.1 percentage points from a year earlier and was 0.1 percentage points higher than in the last quarter of 2019.Worse to come?The UK . has sought to encourage businesses to retain staff amid the coronavirus pandemic with its furlough scheme, or “Coronavirus Jobs Retention Scheme’ (CJRS). In this, the government provides a grant to employers to cover 80% of an employee’s salary, up to a maximum of £2,500 ($3,059) per month. The scheme has been popular and has been extended to the end of October.Kallum Pickering, senior economist at Berenberg Bank, said Tuesday that despite widespread take-up of the CJRS, he expects the unemployment rate to jump to a high of around 9.5% in the late second quarter from the 3.9% rate in March.”That implies a rise in the number of unemployed workers to around 3.3 million from the circa 1.35 million in March – far exceeding the previous peak of 2.7 million in October 2011 in the wake of the financial crisis,” he said in a note.However, the rise will be much smaller than it would have been without the CJRS, he added. “Around 7.5 million furloughed workers are receiving wage subsidies through the scheme which has been recently extended until October. From August onwards the scheme will be adjusted to allow workers to return to work part time.”
Read More

Pingback: “I Don’t Need It I am Invincible” – Venus Williams Jokes About Sunscreen - Thedetrend