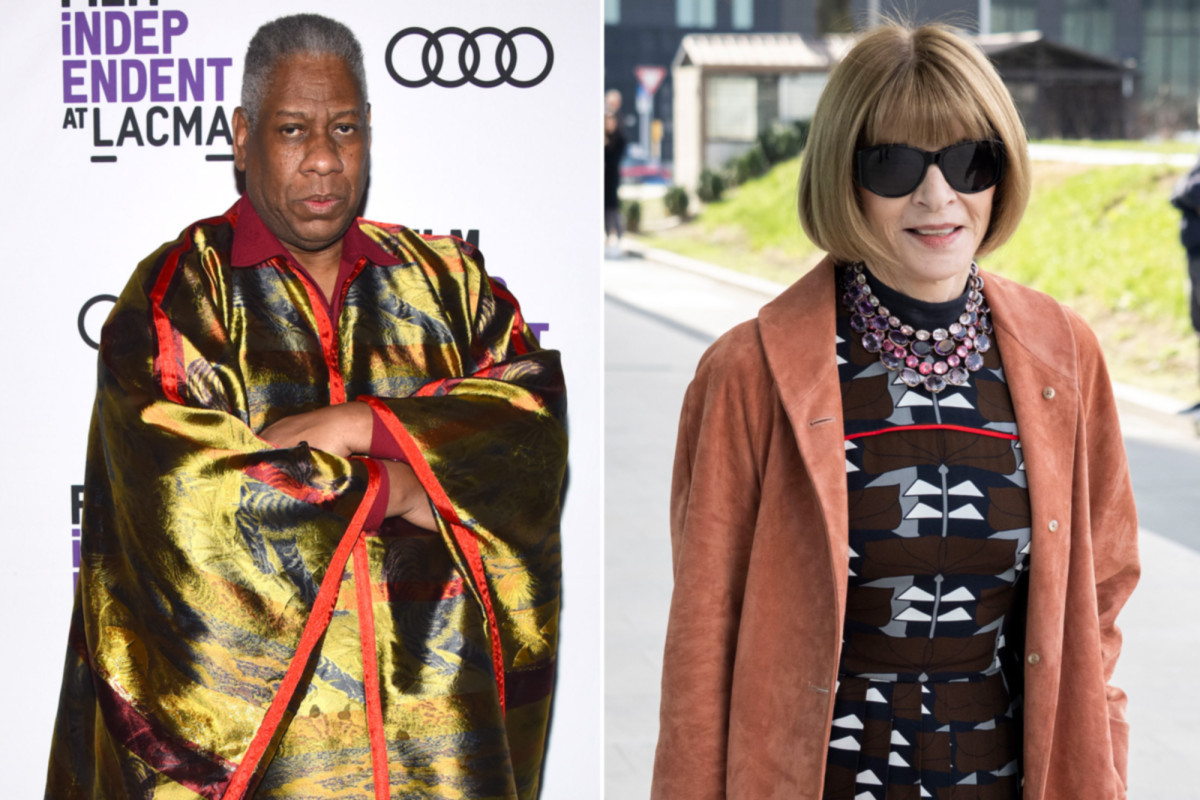 Vogue veteran André Leon Talley has ripped into his former boss Anna Wintour, claiming she is “not capable” of “human kindness” and that she dumped him for being “too old, too overweight, too uncool.”

Talley, 70, who was editor-at-large at the fashion bible for decades, slammed Wintour, also 70, as “ruthless” in his memoir, “The Chiffon Trenches,” out in September.
Talley says Wintour has stopped talking to him, preferring the company of A-listers such as George and Amal Clooney, Serena Williams and Roger Federer, writing: “She is immune to anyone other than the powerful and famous people who populate the pages of Vogue.”

Talley was a fixture on the front-row scene for Vogue until 2013. He continued a relationship with the glossy, interviewing on the red carpet at Wintour’s annual Met Gala.

Talley witheringly questioned what she knew about fashion. “This was clearly a stone-cold business decision. I had suddenly become too old, too overweight, too uncool, I imagined, for Anna Wintour,” he states. Page Six’s source also confirmed that these passages appear in a galley copy of the book.

Vogue veteran We will try something new

“After decades of loyalty and friendship. Anna should have had the decency and kindness to call me or send me an e-mail saying: ‘André, I think we have had a wonderful run with your interviews, but we are going to try something new.’ I would have accepted that … I understand; nothing lasts forever. Simple human kindness.

No, she is not capable.” He adds, “I wonder when she goes home alone at night, is she miserable? Does she feel alone?”

Sources at Condé Nast — where Wintour is chief creative director — told us she would be extremely hurt by the book, and point out she has staff who have been with her for decades, many of whom “think very differently” about her.
Reps for Vogue and Wintour declined to comment. Talley could not be reached.