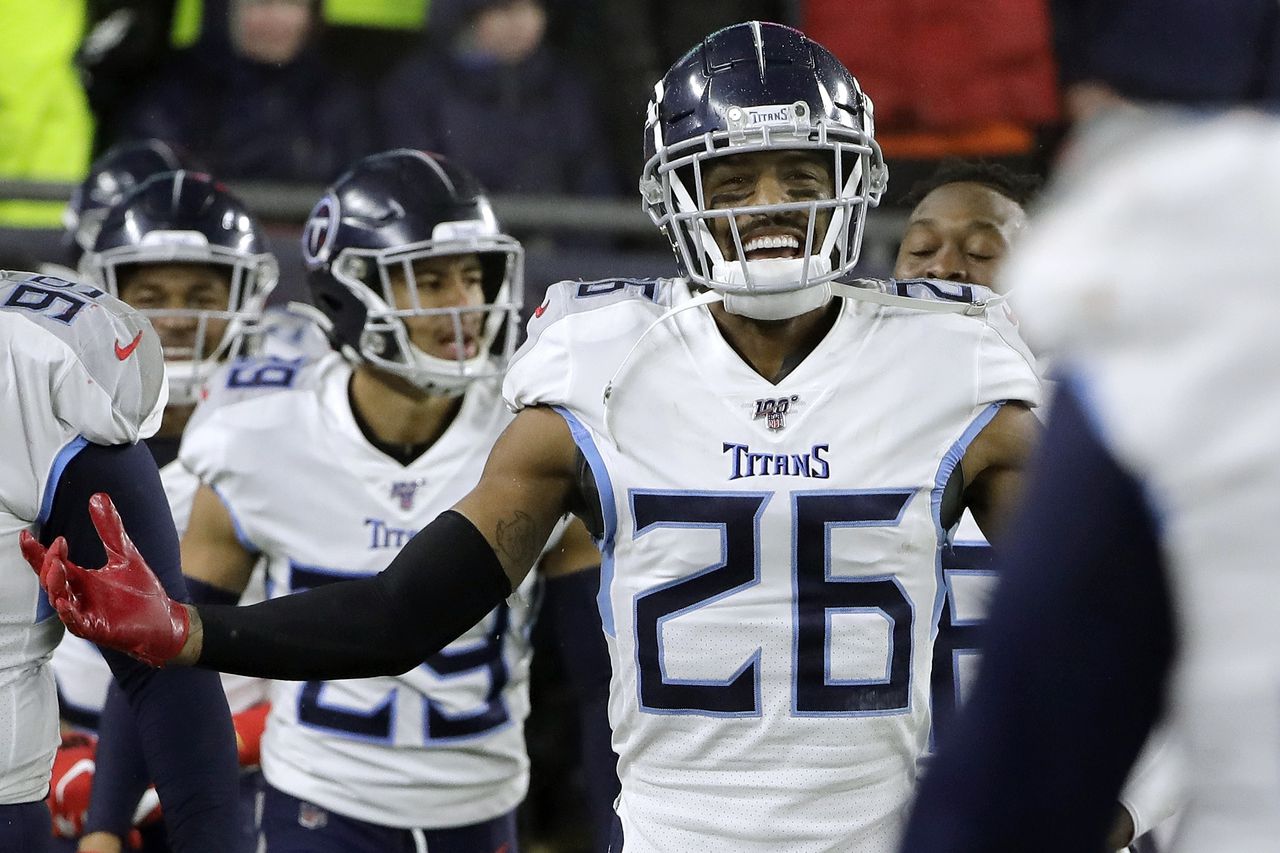 The Giants need to plan for life without De Andre Baker.

The young cornerback was issued a warrant for his arrest on Thursday night with charges of armed robbery. If the details of the incident are true, it’s difficult to envision a scenario where he suits up for the Giants again.Introducing Giants Extra: Sign up for a free trial now.

Get exclusive news, behind-the-scenes observations and the ability to text directly with reportersThat would end his career with the team after just one season. The Giants picked Baker with the last of three first-round picks in 2019, 30th overall. He was the first cornerback drafted.

As a rookie, he struggled for most of the season, allowing 834 yards and eight touchdowns, per Pro Football Focus, both totals helping him place among the worst-graded cornerbacks in the NFL.The Giants, though, were counting on Baker to improve in 2020 and pair with free agent signee James Bradberry as starters at cornerback.Now, he might never play another snap in a Giants uniform.

Where do the Giants go from here?Here’s a look at who they have, and who they could add in free agency or via trade …ON THE ROSTERJames Bradberry: The Giants signed him to a three-year, $43.5 million contract at the start of free agency to be their No. 1 cornerback. This doesn’t change that, though losing a projected starter is easier to stomach with his presence on the roster.

Darnay Holmes: The Giants drafted him in the fourth round with an eye toward making him their long-term nickel cornerback, though it’s possible this could change those plans. Holmes played almost exclusively on the outside in college.

That idea is made more logical partly because of the next player on this list …Julian Love: The Notre Dame product transitioned from cornerback to safety last year. Now that the Giants drafted Alabama safety Xavier McKinney in the second round, though, it would be a logical step — especially if Baker is gone — to move Love back to cornerback.

Specifically, he could be an intriguing option as the team’s nickel cornerback.Sam Beal: The Giants used a third-round pick in the supplemental draft to get Beal in 2018. He didn’t show much when healthy in 2019 after missing his rookie season, and needs to make strides in 2020 to stick around.

Corey Ballentine: He became the team’s nickel cornerback down the stretch and was inconsistent. He’s probably best suited as a backup, with a role on special teams.Grant Haley: If the Giants stick with this group, Haley’s chances of sticking around improve. He at least adds depth at nickel cornerback, where he was the starter for the first half of last season. If the Giants add anyone new, though, his job prospects become iffier.Montre Hartrage: He was claimed off waivers from the Dolphins, so he has experience in Patrick Graham’s defense.

He was undrafted last year.POSSIBLE TARGETSFree agentsLogan Ryan (Titans): This is the most obvious name and one the Giants should seriously consider if the price is right. Ryan is one of the best remaining free agents available at any position, has ties to the Giants coaching staff — he played for the Patriots from 2013-16 — and is a New Jersey native and former Rutgers star.

He had four interceptions for the Titans last year.Darqueze Dennard (Bengals): Dennard, 28, originally agreed to sign with the Jaguars but is available again after that deal fell through. He only played nine games last year but PFF still had him graded as the 25th best corner in the league.Dre Kirkpatrick (Bengals): He was cut by Cincinnati this offseason.

He’s 30 and has struggled the last few years, but he’s a solid veteran option who might be an upgrade over Baker anyway.Brandon Carr (Ravens): He’s 33, but would it really be the worst thing for the Giants to add a veteran to an extremely young group. Carr played 749 snaps for Baltimore last season.

Ross Cockrell (Panthers): The former Giant isn’t an entirely inspiring option, but he did have three interceptions for the Giants in 2017.TradeRasul Douglas (Eagles): A deal with an NFC East rival might seem unlikely, but the Eagles could be cutting Douglas anyway. He’s 24, can play outside and has received significant snaps the last two seasons as the Eagles have struggled with injuries.

He’s the likely odd man out after Howie Roseman added Darius Slay and Nickell Robey-Coleman in free agency to a group that already includes Avonte Maddox, Sidney Jones and Cre’Von LeBlanc.Get Giants text messages from reporters: Cut through the clutter of social media and text directly with the Giants beat writers. Plus, exclusive news and analysis every day.